Free for personal use, or buy a license for commercial use 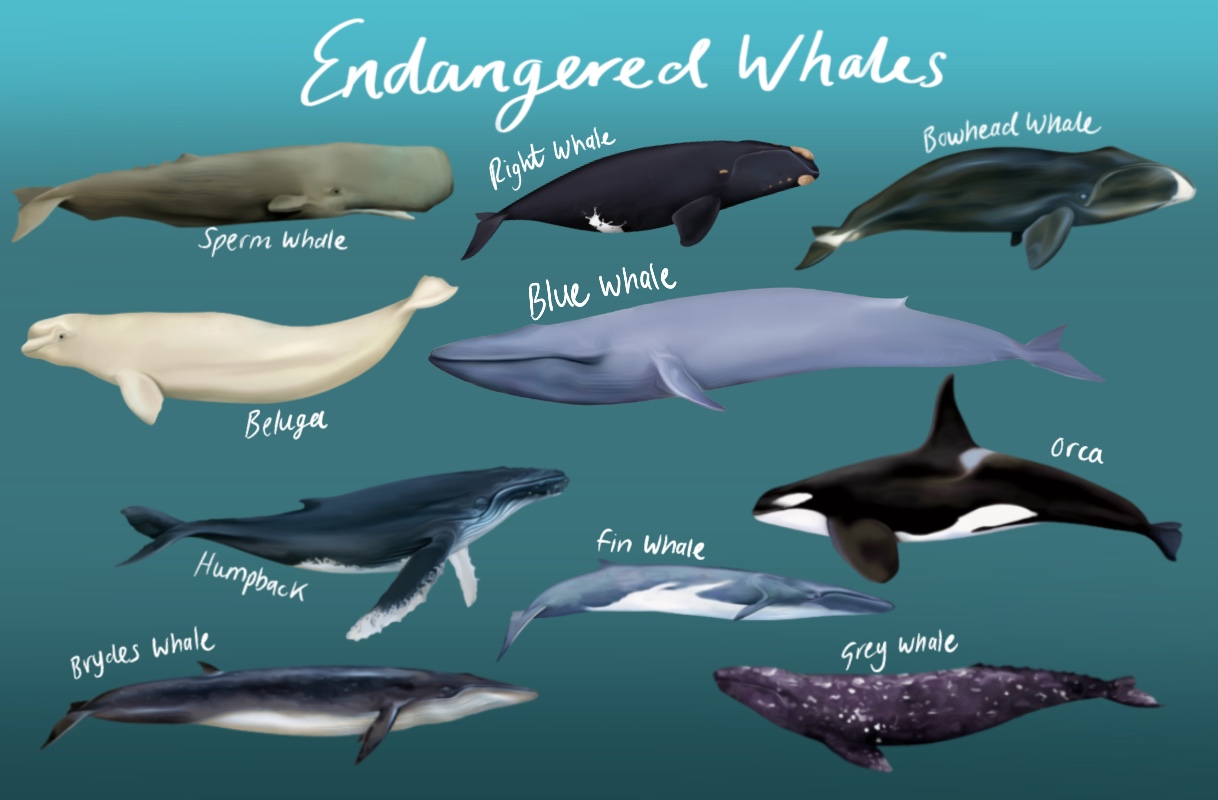 Hunted to near extinction, these beautiful marine mammals are making a comeback—but they still face threats from marine pollution, ships, and abandoned fishing gear.

Just how endangered are some of the world’s whales?

There are, for instance, only about 80 Southern Resident killer whales left on the planet. Others, including sperm, right, and blue whales, are still trying to recover from being hunted to near oblivion during the last two centuries. Fin and sei whales are still hunted by some nations.

Pacific Coast killer whales can’t find enough chinook salmon to eat because inland river dams as well as overfishing have nearly wiped out many fish runs, while climate change is melting the Arctic habitat of the bowhead whale.

Most of these whales are subject to similar risks, such as entanglement in abandoned fishing gear or “ghost nets,” being injured or killed in collisions with large ships, coping with noise pollution, and enduring rising levels of marine pollution.

To save these whales, nations and communities worldwide must answer difficult questions about limits on development, energy drilling, shipping, and fishing, even as billions of people around the globe try to escape poverty. Can humanity figure out how to share space and resources with these whales, some of Earth’s most mysterious and intelligent creatures, in time to save them?

In the meantime, there are personal choices people can make to help the oceans and whales, such as buying sustainably harvested seafood, using renewable energy, and opting for reusable bags and cups that won’t end up as part of the marine plastic pollution crisis.